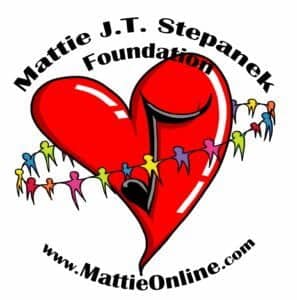 Mattie began creating poetry, short stories, and essays when he was 3 years old. Initially, his expressions explored his grief following the death of his brother, Jamie. As Mattie grew older, his writings reflected his evolving understanding and views of our world, and our need for hope and peace.

During kindergarten, his first book (a hand-bound collection of Heartsongs poetry) earned first prize in a county-wide book festival. Subsequent books each year also earned top prize in this contest.  In 1999, he was awarded the Melinda A. Lawrence Inspirational Book Award by Children’s Hospice International for his unpublished materials, and in 2000, a special collection of his work was accepted into the Library of Congress.

From the age of 6, Mattie gave inspirational speeches to a variety of audiences, ranging from school children to business leaders and politicians, and from medical professionals to educators and parenting or spiritual groups. He spoke about spirituality, disability, education, healthcare, and hospice, anchoring his presentations in his Heartsongs and a message of hope and peace.

Mattie was a frequent guest on shows like Oprah, Larry King Live, and Good Morning America; he worked with Children’s Hospice International lobbying for improvements in guidelines for children’s health and hospice care; he supported Nile Rodgers in launching the We Are Family Foundation; and, he served as a three-term National Goodwill Ambassador for the Muscular Dystrophy Association.

His role as an advocate for hope and peace and for people with disabilities was widely recognized through awards, honors, and namesake programs — including the National Kindness Child of the Year Award, the Call for Peace Native American Society Peacemaker Award, the WAFF Peacemaker Award, the Verizon Courage Award, the Adlerian Society Social Interest Award, the Pediatric Nursing Humanitarian Award, the Children’s Hope Medal of Honor, the DHHS Advocacy Award, Neuharth Free Spirit of the Year Award, a MediMedia Freddie Public Service Award, People Magazine’s “Heroes Among Us” recognition, and induction into the Kids Hall of Fame.

Hapkido YSL Competitor of the Year (1999)

On Being a Champion Award – Children’s Hospice International (2002)

Peacemaker Award – We Are Family Foundation (2002)

Mattie’s contributions to books published by others include:

Boys Who Rocked the World: From King Tut to Tiger Woods  (Beyond Words, 2001)